While it was spread in rumors last week, GM has confirmed that its half-ton pickup trucks and full-size SUVs will both be available with an eight-speed automatic transmission.

There is a catch though. The eight speed will only be paired with the 6.2-liter V8 that makes 420 hp and 460 lb-ft of torque, while both the 5.3-liter V8 along with the 4.3-liter V6 solider on with a six-speed automatic.

GM says that the new eight speed is roughly the same size and weight as the outgoing six speed, and allows a wider gear spread which means that more torque is available from the first gear. This also means that the rear-end axle ratio can be numerically lower, allowing RPMs to stay low at highway speeds.

The Silverado and Sierra were recently tested using SAE J2807 standards, and the trucks both retain their maximum tow rating of 12,000 pounds.

What Should I Do If My Car is Recalled?

It's only April and over 13 million vehicles have already been recalled. Here's what you need to do to if yours is one of them.

Recall announcements are often made by the U.S. National Highway Traffic Safety Administration (NHTSA) rather than the automaker. You probably have better things to do than pour over NHTSA's database, so we publish announcements about widespread recalls.

By going to the "vehicle owners" section ofSaferCar.gov and searching for your vehicle. Vehicles aren't the only products that NHTSA requests to be recalled by the manufacturer. Child seats and tires are monitored for safety concerns as well. 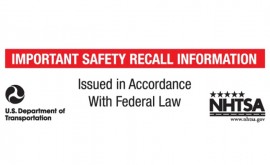 The letter will inform you that there's a potential safety concern with your vehicle and generally will ask you to take it to an authorized dealer for service. In some cases, like when there's a need for a replacement part, the letter will state when the safety fix will be available and how long the repair will take. In some extreme cases, the letter will even tell you to stop driving your car.If your car is affected by a new recall, then you can expect to notification in the mail. These letters are sent out by using the state's vehicle registration database.

Don't worry if you lost the letter or didn't receive it in the first place. You can still obtain the notice of the recall from the NHTSA website and take it to your local dealership to get help. Just click the link above to go directly to the correct page. 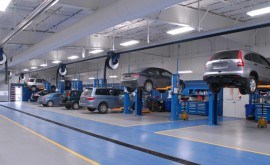 Recalled cars are remedied free of charge, so you can just take your car in to the service department of your local dealership.

It's also possible to apply for reimbursement from the manufacturer if you paid to fix the issue before the recall was announced.

Unfortunately, there are scenarios where you can be stuck paying for the repair. If your car hasn't been fixed within 10 years of the recall notice then you'll be on the hook for the cost. Additionally, manufacturers may challenge NHTSA's recall request in court. If the case is still open, then you'll have to pay out of pocket as well. It's important to save the paperwork from the repair because you can be reimbursed retroactively if the court decides to uphold the recall.

It can be easy to confuse recalls with "technical service bulletins" (TSBs), because they both offer no-charge remedies. However, recalls are requested by NHTSA in order for the automaker to meet the Federal Motor Vehicle Safety Standards, while TSBs are manufacturer-provided solutions for unsatisfactory performance or unforeseen repairs.

It's also important to understand that sometimes, manufacturers also voluntarily issue recalls without being asked by the government.

With your car repaired and up to safety code, you're good to drive with confidence. Don't forget that recalled vehicles can be recalled again.

TESLA HACKED IN A CHINESE CONTEST

During a security conference contest, the winning team was able to remotely control the car's locks, horn, headlights and skylight, while the car was in motion.

There was a contest at a security conference in Beijing this week, with a $10,000 USD prize awarded to whomever who could hack a Tesla.

Held during SyScan360 (the Symposium on Security for Asia Network), the two-day contest closed yesterday, and a brief announcement was made on Weibo, the Chinese version of Twitter.

The Weibo posting states that the winning team was able to gain access to the car's system by exploiting a "flow design flaw". While the car was in motion, the team was able to remotely control the car's locks, horn, headlights and skylight.

Further findings have not been released, including the crucial fact of whether or not the team had physical access to the car. The organizers say they have reported the vulnerability to Tesla.

South China Morning Post reports that the conference organizers said, "Tesla Software Hack Challenge ended with team "yo", from ZheJiang University, coming in first overall and winning ¥10,600 RMB in prize money. No team succeeded in the mission of hacking Tesla's door and engine within the timeframe of the challenge. Therefore no one received the grand prize of $10,000 USD."

And despite their product being the target of an attack, Tesla's response was great.

The automaker tells Bloomberg News, "While Tesla is not associated with the conference and is not a sponsor of the competition, we support the idea of providing an environment in which responsible security researchers can help identify potential vulnerabilities. We hope that the security researchers will act responsibly and in good faith."